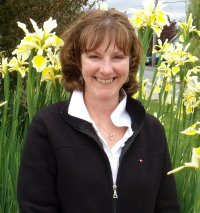 In 2000 I became what I call a ‘united’ adoptee. The Post Adoption Registry in Alberta had matched me with a brother who had also registered. (I say united because we had never been together, like a mother and child) The following year I paid for a search and my mother was found. The next year I was united with another brother and sister. I had started my search almost 20 years before.

I had been placed as a 16 day old infant with my adoptive family, who also had adopted a daughter five years before me. We always knew we were adopted, but didn’t talk about it. It wasn’t until my sister and I were 28 and 33 that we ‘snooped’ and found our adoption orders. Naively we thought we could write the province of Alberta and just get our information. That was in 1983, we had no idea that we weren’t entitled to ‘our’ information that would tell us about ‘us’.

Many things have changed since then. Alberta, as well as B.C., Newfoundland, Ontario and the Yukon now have open records. With more and more adopted adults as well as mother’s and father’s deciding that they need to find each other there is definitely a need for support organizations.

The Forget Me Not Family Society has been a life saver for me. The fellow that did the search for my mother has been a long time friend of past President, Nancy Kato, and had referred me to the Society. I first attended support group meetings thankfully discovering that I was not alone in all of my intense feelings. I became a director, and then 2 years later Vice President. At the AGM in 2010 I took over the role of President. I am honored to be a part of this organization that ‘get’s what it is to have been affected by adoption 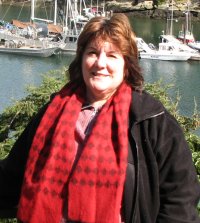 For now you are sitting in the booth
Of life ahead
And in its stead
A new world unfurled, as in an ancient melody
Which tells of what might be
But look, look ahead and you will see
A way to think and to be
Whatever your dreams may see.

I wrote that poem when I was 16 years old and it is still applicable today.

I grew up in White Rock and would have been born there but as there was no hospital, I was born in New Westminster. My parents split up when I was seven and my younger brother, sister and I were raised by our father.

In January, 1965 I was sent to live in the Maywood Home for Unwed Mothers on Oak Street, in Vancouver and on April 25, 1965 my eldest daughter was born and consequently taken from me and placed for adoption. I was never again able to drive down Oak Street until after I found my daughter.

When my daughter was about 6 months old, I wrote to Family Services asking for information about her. They told me that she was well and happy and that she had two teeth at five month’s old and to never write again, as they would never give me anymore information. I was so upset that I tore up the letter. Now I wish that I had not.

In 1974, I had a second daughter and when she was two I co-founded the Mt. Pleasant Family Centre Society, in Vancouver. While I was there I was able to talk to a social worker, who was helping us, about my daughter and asked her if there was any way that I could get any information. She told me that there was not but that there was talk of some day having a reunion registry. I later found that about that same time my eldest daughter’s family was also trying to find information about me. She was now eleven years old.

Around February, 1992, I found out that there was a reunion registry. I registered and on August 29, I was reunited with my daughter who had also registered. Also, at this time I telephoned, wrote letters and let everyone of my family and friends know about my daughter. I could not believe the outpouring of love that I received back. It was so overwhelming, everyone wanted to meet her, and she was whole-heartedly accepted as part of the family.

After finding my daughter, I joined Missing Pieces Through Adoption and became the Secretary/Treasurer and later Treasurer for the Forget Me Not Family Society, a position I still hold today.

For about the first 15 years of our reunion things went quite well, or so I thought, but now for about the last two years our reunion has changed and now there is little communication. I can now only hope that one day the anger will dissipate and that we can have some form of a relationship and if not, I wish her only happiness which is what I have always wanted for her. Once again, as when she was taken from me, I have no choice and no voice but at least now I do know where she is. 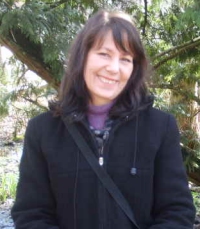 I have been a professional “people-searcher” since 1999, when I was employed by a company that specializes in locating missing heirs to estates. I started my own research company in 2005. Although I gain satisfaction from documenting and locating beneficiaries and heirs for law firms, the most touching cases are those that involve reuniting long lost family members, especially adoptees.

One of the reasons I joined the FMNFS was to learn more about the various issues that may affect my clients who are part of the adoption triangle, so that I can better support them in their reunion. The insight I gain from listening to other FMNFS members share their stories helps me too, as I have been personally affected by adoption.

To achieve the best possible outcome for the search and reunion experience I strongly recommend that searchers read up on adoption issues, attend support groups and if needed, get some professional counseling. Prepare for the worst, hope for the best, and get ready for the emotional roller-coaster ride of reunion. 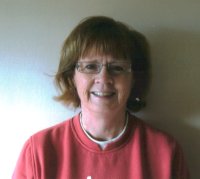 I am a reunited mum. In the Spring of 1970 my beautiful daughter was born. I was 19 years old. As I was raised in a very large and very religious family, my parents were very secretive about my ‘situation’ and I was sent to live in a home for unwed mothers. Adoption was presented as the only way to give my child loving parents and a good life. It was made clear to me that I would not be able to give her the love and caring she needed. The message was loud and clear that I was not fit to mother my child. I was assured that I would get on with my life and forget ‘all about it’. I never forgot- not for one minute, and while I did get on with my life, I was not very successful.
When I lost my daughter on that dreadful day in 1970, I was so traumatized that I became seriously disabled by the secrets surrounding me, by the shame I felt and by my shattered sense of self. The effects of this trauma lasted many years, up to our reunion and many years into the reunion process.

My daughter and I have been in the reunion process for 18 years. The first years were tough for us both as we struggled with our feelings and worked through what we wanted and how to develop a meaningful relationship. Our relationship improved dramatically as we became involved in the FMNFS. My daughter became involved first and then introduced me to the society in October 2008. This was my first opportunity- after 38 years to talk about my experience, that loss of my daughter and the trauma that had stunted my growth. I found friends that felt more like family, and love and support from other birth mums, adoptees and adoptive parents. I no longer think of myself as a birth mum, and now fully embrace the reality that I am a mum, and so proud of it! I am also a grand mum which fills we with pride and delight.

Since becoming involved in the FMNFS a passion has stirred within me to reach out to others who have similar experiences, heartaches, struggles and successes in the reunion process. In April 2010 I began my work as a Member of the Board of Directors of the FMNFS. I look forward to working with members and friends of the society as together we support each other in the reunion process and we continue to raise awareness provincially, nationally and internationally, about issues relation to adoption and reunion.

When my daughter turned 22 my sister placed an ad in the newspaper: Birth mother wishes to reunite with her daughter, born…. My sister did not ask or tell me about this as she did not want me to be hurt if no contact was made. However, my daughter had been reading this column every birthday since she was 18. We made contact and the long reunion process began. It was both a painful and joyful process, with lots of false starts, pulling back, facing fears, and dealing with anger at how we were victimized by society, the church and my parents, learning about and facing the reality of what happened and eventually growing into a loving relationship.

My daughter will turn 40 this year. Both our lives are filled with hurt and now thankfully they are filled with healing. This healing process will never be over but I am confident that over time the hurt will lessen and the healing will open our hearts to more joy, laughter and sharing. I now have two gorgeous grandchildren and while I know that I can never make it up to my daughter for our lost past, I can be a loving, supportive presence in her life now, and I can be a doting grandmother to her children.

I want to thank the FMNS, Without you I would never have had the courage to move forward from hurt to healing, from despair to hope, from isolation to relationships and from mere existence to living a full, healthy and happy life.

Michael Hodgson & Rian Martin are a reunited pair (adoptee and birth father) who both joined the Board in 2015. 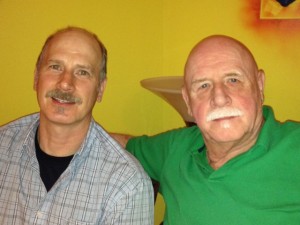